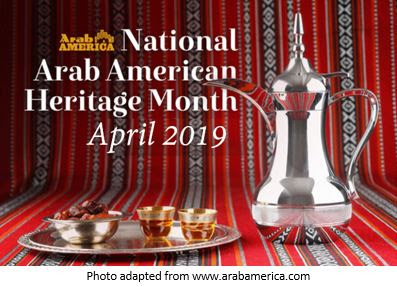 National Arab American Heritage Month celebrates the 1,697,570 Arab Americans in the United States (according to the 2010 U.S. Census).
See 100 Questions and Answers about Arab Americans, a journalist's guide developed by Joe Grimm, MSU School of Journalism.

Etching Our Own Image: Voices from within the Arab-American Art Movement, edited by Anan Ameri and Holly Arida. NX512.3.A73 E83 2007 EBK eBooks on EBSCOhost.

"These are the words of [possibly the most famous] Arab American poet ... Gibran Khalil (Kahlil) Gibran, written to Arab immigrants about a century ago" (Introduction, page [xiii], Encyclopedia of Arab American Artists. ACC libraries have several of his works, including The Prophet, for which he is best known

Poetry by Naomi Shihab Nye
“Naomi Shihab Nye was born on March 12, 1952, in St. Louis, Missouri, to a Palestinian father and an American mother. During her high school years, she lived in Ramallah in Palestine, the Old City in Jerusalem, and San Antonio, Texas, where she later received her BA in English and world religions from Trinity University” (Academy of American Poets).
Read some of her poems at the Poetry Foundation or choose one of these titles from the ACC Library collections: 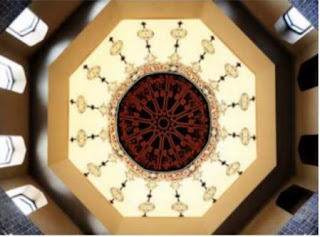 The Arab American National Museum, an affiliate of the Smithsonian Institution, is the first museum in the world devoted to Arab American history and culture. “By bringing the voices and faces of Arab Americans to mainstream audiences, we continue our commitment to dispel misconceptions about Arab Americans and other minorities. The Museum brings to light the shared experiences of immigrants and ethnic groups, paying tribute to the diversity of our nation.”

We the People of Arab Ancestry in the United States. Published by the U.S. Census Bureau, March 2005.

Posted by Teresa Ashley at 12:00 AM No comments: